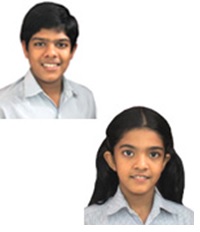 The siblings, Pranav and Gayatri, believe that even a small step in the right direction can make a huge difference. They had often heard stories of road accidents, involving two-wheelers. Their mother would worry every time they had to travel by a two-wheeler with their father. In most cases of such mishaps, the two-wheeler rider is knocked down and run over by other passing vehicles. They observed that the major cause for such accidents is the fact that approaching vehicles are unaware of the mishap that has already occurred. This could be due to speed, bad weather or lack of adequate light. 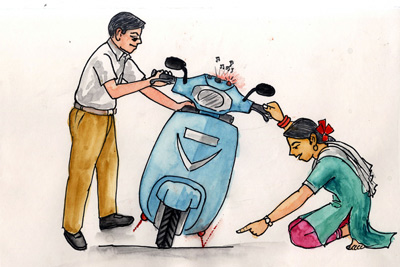 Pranav and Gayatri have come up with the idea of installing a system with an emergency light or siren on the two-wheeler. It would get activated upon accident and alert approaching vehicles about the same. The system can be connected to impact sensors which will activate the hazard lights even if the engine shuts down, thus preventing the accident.

Pranav wishes to pursue mechanical engineering and considers Dr A P J Abdul Kalam to be his idol. Gayatri, on the other hand, enjoys playing the keyboard and is inspired by Helen Keller.