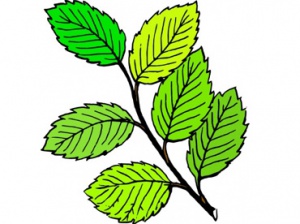 Farmers in different areas of Gujarat have developed their own herbal solutions for controlling pests in crops. Their individual practices have been pooled together by SRISTI to develop a product more efficient than individual practices. Arkhiben Vankar is the selected community representative.

In absence of available options to ensure sustainability of crops, innovation becomes imperative for a farmer. Soil types vary, crops vary, ground water levels vary, irrigation patterns vary and micro climate varies but the efforts of farmers in any region, are directed to only one end and that is to make sure that their lands give them enough for sustenance. In this process a lot of experiments are attempted by them, some succeed while some do not. The Honey Bee Network has been documenting stories of these ingenious singular or community efforts from different parts of the country. Similar accounts of farmer developed herbal formulations for pest control were also documented by SRISTI from different areas of Gujarat and shared with NIF. These practices were subject to scrutiny at NIF & SRISTI, subsequent to which it was found out that there were communities spread in patches in different parts of the state, which were using these plants for pest control. An experiment was tried to see if these individual practices could be pooled to produce a more effective and broad spectrum formulation for herbal pest control.

Tests at Sadbhav SRISTI Natural Products Laboratory, Dantewada Agricultural University and in the fields proved the efficacy and superiority of the formulation over individual practices. SRISTI Drop, a herbal product for the control of pests, was thus developed on the basis of community knowledge.  The product is being promoted by SRISTI Innovations and the benefits are being shared with the communities. Arkhiben Mithabhai Vanakar (90), widely known as the pesticide lady, was chosen as the community representative. She is a walking encyclopedia on the uses of different herbs for agricultural and veterinary diseases and has a vast repertoire of knowledge. Arkhiben had learnt the use of a local herb for pest control from her mother-in-law, which gave about 70-80 per cent control. As her husband was a priest and people from different villages came to him for conducting religious ceremonies, this practice got diffused due to interactions with them.