Department of Science and Technology (hereinafter ‘DST’) has launched Cyber Physical Systems (CPS) programme dealing with self-driven cars, autonomous unmanned vehicles and aircraft navigation systems The programme is still at a nascent stage and the Rs. 3,000-crore project will first take root in a few of the Indian Institutes of Technologies (hereinafter ‘IITs’).

Department of Science and Technology (hereinafter ‘DST’) has launched Cyber Physical Systems (CPS) programme dealing with self-driven cars, autonomous unmanned vehicles and aircraft navigation systems The programme is still at a nascent stage and the Rs. 3,000-crore project will first take root in a few of the Indian Institutes of Technologies (hereinafter ‘IITs’).

What is Cyber Physical Systems?

CPS is an interdisciplinary field that deals with the deployment of computer-based systems that do things in the physical world. For example, self-driven cars produced by Google and Tesla. It is a mechanism controlled or monitored by computer-based algorithms, tightly integrated with the internet and its users. It involves transdisciplinary approaches, merging theory of cybernetics, design and process science and mechatronics. In it, physical and software components are deeply intertwined, each operating on different spatial and temporal scales. Both exhibit multiple and distinct behavioral modalities, and interact with each other in a myriad of ways that change with context. Autonomous unmanned vehicles and aircraft navigation systems and smart grids (where electricity is optimally distributed on the basis of calculations in real time by micro-processors) also qualify as CPS. 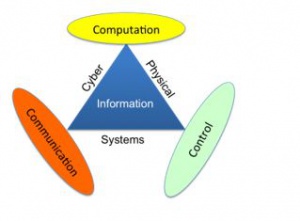 The thrust of the CPS initiative is to break silos in academia and encourage greater synergy between the university scientists and industry. Under it, centres of excellence would be developed at the IITs and universities. Moreover, there will be dedicated courses on the subject.
Need for CPS Programme

CPS is an important technological evolutionary area that needed to be addressed as it has the potential to pose unprecedented challenges and also stresses to India’s demographic dividend. It can be turned into a huge opportunity by ensuring that India’s future workforce is skilled in robotics, artificial intelligence, digital manufacturing, big data analysis, quantum communication, etc. The National Science Foundation of the United States already has identified CPS as a key area of inter-disciplinary research back in 2003. It means that India is late entrant in this technology which has huge potential. 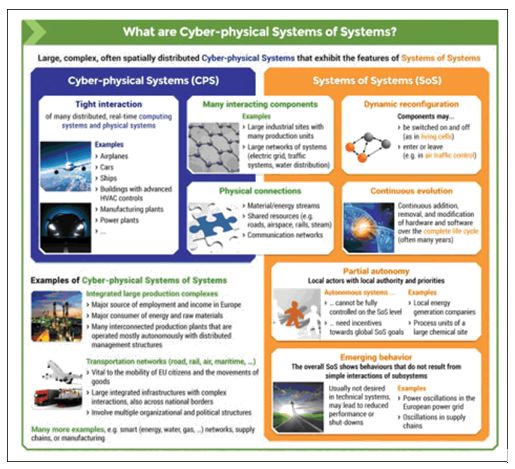 Recently, China successfully launched its first X-ray space telescope to help scientists study the evolution of black holes, strong magnetic fields and gamma-ray bursts. The 2.5 – tonne Hard X-ray Modulation Telescope (hereinafter ‘HXMT’), dubbed ‘Insight’, via a long March-4B rocket from Jiuquan Satellite Launch Center in northwest China’s Gobi Desert, was launched into an orbit of 550 kilometers above the earth. Through the telescope, scientists will also study how to use pulsars for spacecraft navigation, and search for gamma- ray bursts corresponding to gravitational waves, state-run news agency Xinhua reported. The result of the wisdom and efforts of several generations of Chinese scientists, ‘Insight’ is expected to push forward the development of space astronomy and improve space X-ray detection technology in China.

The creative new function pushes the satellite’s observation band up to 3 MeV and a very good energy spectrum. In April, China’s first cargo spacecraft successfully docked with an orbiting space lab — a key development toward China’s goal of having its own crewed space station by 2022. Last month, China opened a “Lunar Palace” laboratory on Earth to simulate a moon-like environment and house students for up to 200 days as the country prepares for its long-term goal of sending humans to the natural satellite.