On March 2, 2017, International Women’s Day was celebrated by UNESCO at Paris, France, in its headquarters at the Miollis Building.

World Radio Day celebrates the contribution of radio to societies around the world, and its vital role in uniting and informing communities.

Germany received the honor of holding the first ever G20 Consumer Summit, on the World Consumer Rights Day on March 15, 2017. 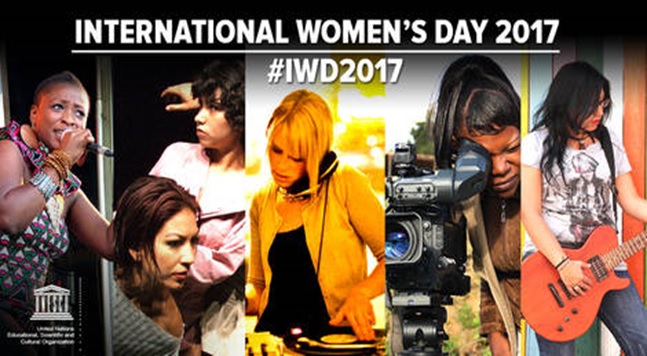 On March 2, 2017, International Women’s Day was celebrated by UNESCO at Paris, France, in its headquarters at the Miollis Building. This year, UNESCO focused on Women and Art, showcasing the work of young women artists and discussing the way forward.

On the March 6 & 7, on the occasion of International Women’s Day 2017, the Division for Gender Equality organized an experts’ meeting with ten UNESCO Chairs in the field of Gender Equality to discuss their contribution to UNESCO’s Gender Equality Action Plan and Major Programmes. The meeting was organized in four thematic sessions to discuss and recommend policies in the same: 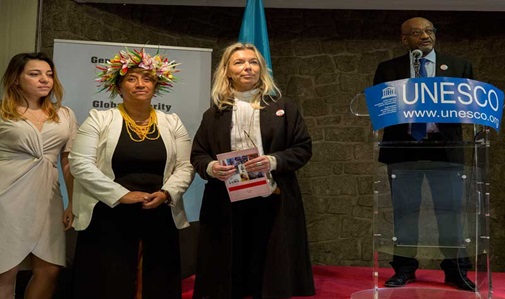 UNESCO, in partnership with the French National Committee for UN Women, also hosted a debate entitled “The Courage to Create: Gender Equality and the Arts” at UNESCO Headquarters in Paris on 8 March 2017. It was a highly interactive debate which addressed the challenges and barriers faced by women artists, as well as the role of the arts and creativity in achieving gender equality. Many influential personalities participated in the Debate, including, Laurence Rossignol, French Minister for Families, Children and the Rights of Women; Yannick Glemarec, Deputy Executive Director of UN Women; Deeyah Khan, UNESCO Goodwill Ambassador for Freedom of Artistic Expression and Creativity; Ole Reitov, Executive Director of Freemuse; Jackie Buet, Director of the Festival International de Films de Femmes de Créteil; filmmakers Maysaloun Hamoud and Shlomi Elkabetz; artists Jepchumba and Pia Myrvold; digital publishing expert Octavio Kulesz; singer Suzanne Combo; and Simon Carpentier and Victor Solf of the band “Her”. 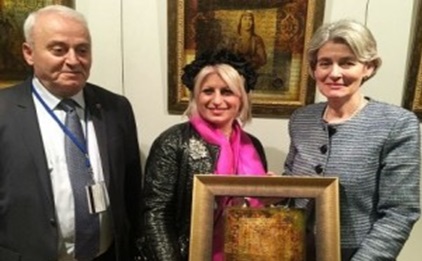 Additionally, The Division for Gender Equality of UNESCO, in collaboration with the Permanent Delegations, organized an art exhibition for International Women’s Day on March 8 at Salle des Pas Perdus, Paris. The exhibition focused on the theme of creativity of young women in shaping our future, this exhibition gathered creative expressions from all over the world.

Germany received the honor of holding the first ever G20 Consumer Summit, on the World Consumer Rights Day on March 15, 2017. The G20 epitomizes globalization as a group of the world’s leading industrialized and emerging economies. Together, the group represents almost two thirds of the Earth’s population, over four fifths of global GDP and three quarters of world trade.

Germany chose “Shaping an Interconnected World” as the slogan of its G20 Presidency. Its agenda was based on three pillars: Building resilience – improving sustainability – assuming responsibility. G20 is dedicated to coordinating a global framework for the use of digital technologies. It believes that in order to unlock the full potential offered by digital revolution, consumer confidence is key. At the same time, fundamental principles such as the free flow of information, privacy, data protection and data security are of paramount importance.

For the first time ever, this year’s G20 Presidency included a G20 Consumer Summit.The G20 Consumer Summit was titled “Building a Digital World Consumers Can Trust” and held on the World Consumer Protection Day, at Steigenberger Hotel, Los-Angeles-Platz 1, Berlin. It was jointly organized by the Federal Ministry of Justice and Consumer Protection (BMJV), the Federation of German Consumer Organizations (VZBV) and Consumers International (CI). The Summit was attended by representatives of government, international organizations, consumer associations, industry and academia, bringing together around 300 participants, many of whom were leaders in their ministry, organization or field. 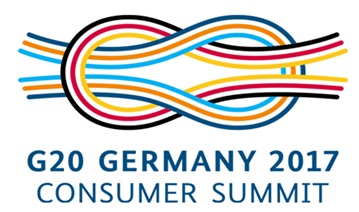 World Radio Day celebrates the contribution of radio to societies around the world, and its vital role in uniting and informing communities. This year’s event was marked by a conference hosted by European Broadcasting Union (EBU) in China, around the theme ‘Radio and You’ on 13th February 2017, in which the growing possibilities for audience interaction were discussed.There were discussions on the ways of sharing strategic and technological understanding, as well as creating content in this area. Both Chinese and foreign panels, considered ways to engage younger demographics, interactivity and radio, and issues around diversity.

During this occasion, thePioneer Programme of the dotRadio domain, which is thenew internet domain for the radio sector was launched. The EBU’s Head of Radio, Graham Dixon, delivered a keynote speech which underlined the significant role of audio in our life. The final gala celebration of the day symbolically united Chinese and European cultures, and comprised a concert performed by the Shanghai Philharmonic Orchestra, which also marked the first EBU live concert broadcast from China. World Radio Day 2017 was celebrated enthusiastically across the city of Shanghai and widely publicized and reported in Chinese media outlets.