On this World Intellectual Property Day, Vidya Darshan Rana Charitable Trust in collaboration with S.S. Rana & Co., is pleased to announce the conclusion of the Sixth All-India Essay Writing Competition. 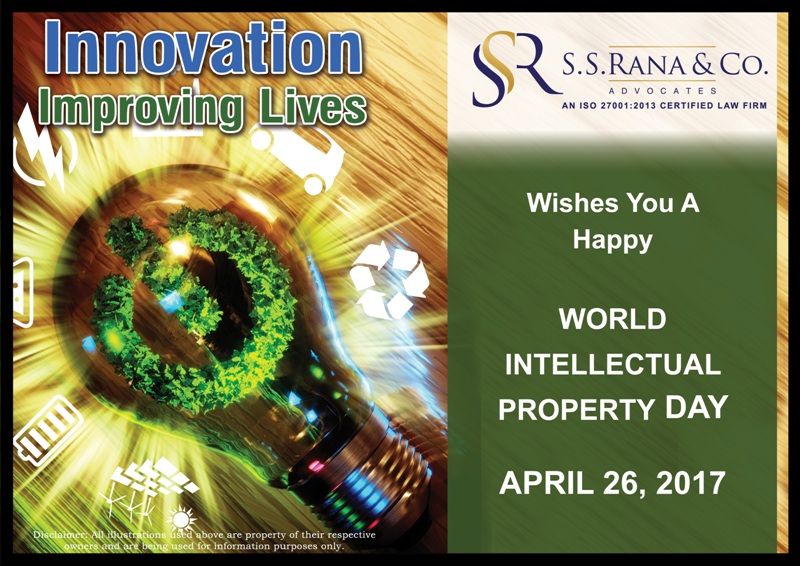 On this World Intellectual Property Day, Vidya Darshan Rana Charitable Trust in collaboration with S.S. Rana & Co., is pleased to announce the conclusion of the Sixth All-India Essay Writing Competition.

We are extremely delighted to receive such an overwhelming response from students of various colleges from all over India who participated in the said essay completion based on the World IP Day theme – Innovation: Improving Lives. This year, the underlying idea behind observing the World IP Day is to explore how innovation is making our lives healthier, safer, and more comfortable by turning problems into progress. The epoch-making changes that have been undergone by the world in the past was given birth to by the ordinary people who innovate extraordinary things for the better. Their innovations take myriad forms, from the mundane to the seemingly miraculous. Innovation is a human force that knows no limits which turns problems into progress pushing the boundaries of possibility, creating unprecedented new capabilities. 26th April only celebrates the relentless efforts made by the human community for a better and more prosperous tomorrow.

India being a cornucopia of knowledge, capabilities and skill has left no stone unturned in protecting its creativity. In the recent times Indian Judiciary has delivered such judgments in the sphere of Intellectual Property which apart from expanding its scope in India have also been exemplary worldwide.

Last year saw many significant IP developments, for instance the most awaited National IPR Policy, was approved by the Union Cabinet and made public by the Department of Industrial Policy and Promotion on May 12, 2016, that laid down the future roadmap for Intellectual Property Protection and Management in India. In terms of IPR awareness, 2016 was laden with one government initiative after the other. The year began with the launch of the Start-Up India: Stand-Up India campaign which was launched on January 16, 2016. The campaign is an action plan aimed at promoting bank financing fir start-up ventures to boost entrepreneurship and encourage Start-Ups with job creation. The policy hopes to restrict the role of states in the policy domain and to get rid of the license raj and hindrances like land permissions, foreign investment proposal, environmental clearances, etc. To further facilitate a culture of innovation, the Office of the Controller General of Patents, Designs and Trademarks (hereinafter referred to as the ‘CGPDTM’) released the ‘Scheme for Facilitating Start-ups Intellectual Property Protection (hereinafter referred to as ‘SIPP’). The major objective of the scheme is to protect and promote Intellectual Property Rights awareness for startups and to encourage creativity and innovation amongst them by the appointment of IP facilitators. As an incentive, the start-ups shall not have to pay any kind of fee for seeking services from the facilitators. Instead, the facilitators shall directly be paid by the Central Government through the office of the CGPDTM. The Courts also rendered some noteworthy judgments and observations like in the DU Photocopy case, the Prius Trademarks Infringement case, the green light given to Biocon by the Delhi High Court to continue to market the breast cancer drug, Traztuzumab.

We however look forward to more such milestones by the Indian Judiciary which strikes a balance between creativity and public interest.

In addition, on the occasion of World IP Day Mrs. MaryKay Loss Carlson, the Charge d’affaires at the US Embassy, New Delhi states that, ‘with its robust economic growth, youthful population, and growing influence around the world, modern India is at a consequential moment in history. There is a growing sense that across this large, diverse country, India’s innovative spirit is awakening.’

Script it!– The Results

Of the multiple entries received, we have shortlisted the winning entries –

The winners of the Competition are –

Heartiest Congratulations on behalf of S.S. Rana & Co., and Vidya Darshan Rana Charitable Trust to all the winners, with the top three ranked students winning prizes worth INR 7,500, INR 5,000 and INR 2,500 respectively.

The winners will also get a chance to intern with our firm for a period of one month.

All participants shall receive a participation certificate.

We encourage such participation from students of all educational institutes in the future.